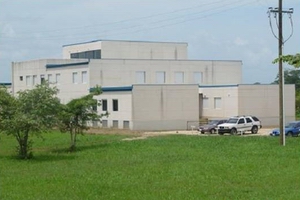 The results for the end of school year were to be issued this coming Friday and Mr. Cruz was very anxious to know the results. He was a very wealthy and respectable person in the village. To him being the best was extremely important as he always wanted the fame and recognition in everything. His son, Manuel, was in standard and he knew he was in trouble as he knew that his performance in his final exams was not the best and that means that he would not be able to rank first in his class. Manuel was very worried and the following morning decided to tell his father the truth.
Dad, I have something to tell you but please dont trip with me said Manuel.
What is it? Hope it has nothing to do with your school replied Mr. Cruz.
Well, actually yes. I think I will not be ranking first this school year because I think my performance in my exams was not the one you expect it to be and that might affect my ranking replied Manuel.
What? What do you mean you might not rank first? You must be kidding me cause you know how important I am and I will not let you but me in shame out there, so you better talk to your teacher or I dont know who but you have to make sure you rank first replied Mr. Cruz angrily.
For the whole day Mr. Cruz was frustrated thinking that his son was not going to perform the best in school and that would be terrible thing for him as hid recognition and fame would be affected. He could not cope with it anymore and decided to talk with
Mr. Peralta after all he was a very good friend of his from the time he began teaching at the school. I always invite him to come and eat at my house, which is like his second house, and moreover I am the one to help his church the most.
Mr. Peralta was the principal, teacher, and the president of the Catholic Church. He was considered a role model in the community as he would always be willing to help others and was an effective teacher. He was in his house entering the final exam grades into his computer when Mr. Cruz arrived.
Good Evening Mr. Peralta, said Mr. Cruz. Ive come to see how Manuel is performing in school.
Good Evening Mr. Cruz, said Mr. Peralta. Come in and I will tell you
Mr. Cruz and Mr. Peralta went in and sat down and then Mr. Peralta began telling Mr. Cruz what has happening.
He said Manuel is a very bright student but I do not know what happen but in his exams he did not perform to his full ability. It might be that Manuel had some problems or maybe those days were not good days for Manuel. Manuels grade will go down a little but not much the only thing is that it will affect his ranking as he will not rank the first place in his class.
From the moment Mr. Cruz had confirm that his son will not be the number one he thought and said Mr. Peralta, you and me are very good friends like brothers and moreover you know who I am and the respect the villagers have for me, I cannot allow something like having a son not ranking first to affect my reputation, so I want to ask you for a favor. I want to see if you can do some arrangements with the grades and make Manuel be first in his class but dont think it will be for free, I will give you a good reward. So what do you think about it?

The case study corresponds with the topic but not much . It could have had more in regards to the topic. i could understand the problem with Mr Cruz and the principal of the school where Mr Cruz is taking advantage of the relationship he has with the principal and confusing it with professional relationship which is not good.
There has been a lot of spelling errors which show that the article written was not read or edited. :